Trivia Thursday: Is It Rosewater 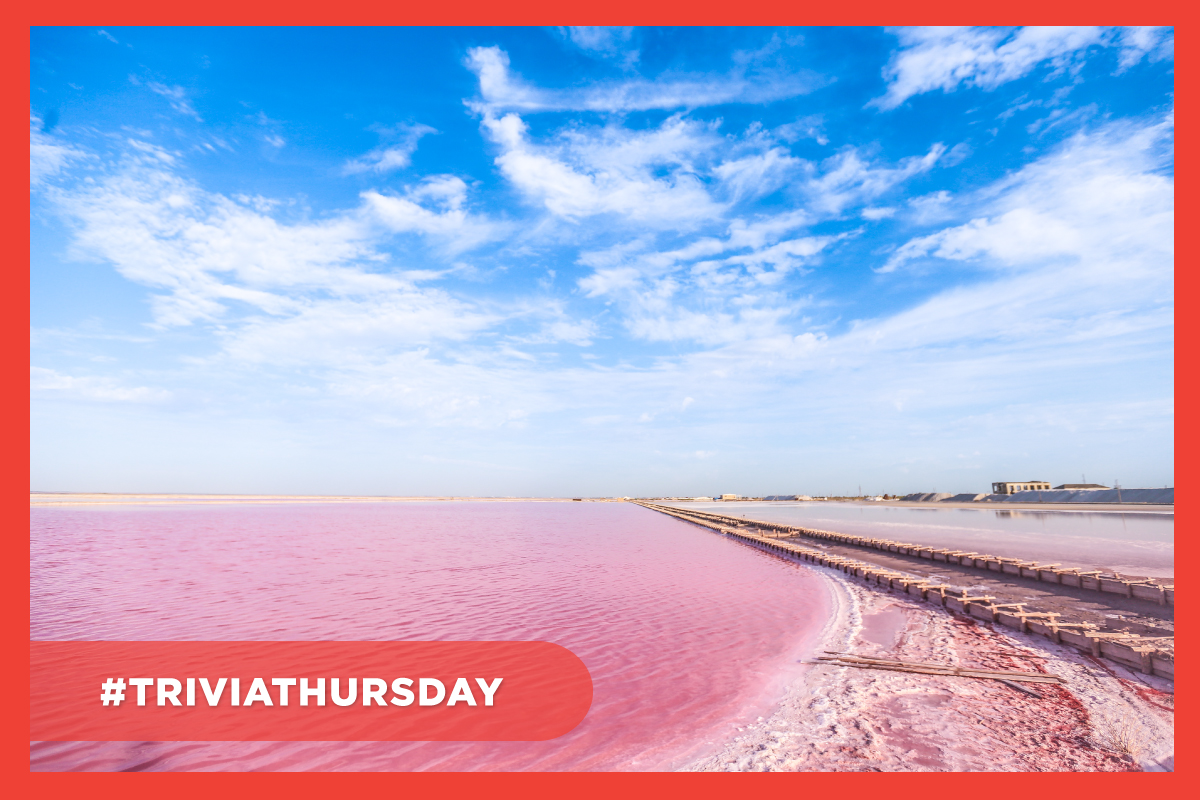 Dive into Today’s #TriviaThursday! We’ll warn you, this lake is so salty you’ll float right back to the top. Okay, that first hint is a freebie. In our Trivia Thursday series, we test your knowledge by giving you three clues relating to the world’s fascinating phenomena.

Read the clues below and guess the name of this unique lake, then scroll down to see if you’re correct.

To the locals, this small body of water is known as Le Lac Rose.

Tourists from all over the world travel to this lake to witness its bizarre pink hue.

There are a couple things about Lake Retba that demand a double-take. Firstly, its unmistakably pink color resembles a puddle of Pepto Bismol, with 0.5 miles of beach between it and the very blue Atlantic Ocean. Its unique hue is caused by the only organism that manages to survive in the lake’s waters: Dunaliella salina algae. This bacteria produces a red pigment in order to help it absorb light and thrive, especially during the dry season (November to June) when the lake is at its pinkest.

Secondly, Lake Retba’s shores are lined by salt piles that look like snow banks (which is odd to see in an environment that rarely drops below 60 degrees). Lake Retba’s high salt content does more than boost tourism in what would be a relatively lifeless environment. Located on the northwestern coast of Sénégal near the Cap-Vert peninsula, Retba is a critical source of salt to the locals. Salt collectors can be seen gathering salt by hand and storing it in baskets, later using it to preserve fish and as a cooking ingredient.

Lake Retba’s salt content is as high as 40% in some areas. Salt piles resembling snow banks form on its shores and are collected by salt collectors.

Despite being only 18 miles outside of Sénégal’s capital, Dakar, city bustle has not infiltrated Lake Retba’s charming surroundings. There are, however, scads of lodging accommodations sprinkled along its circumference. While you’d think this risks distraction from the natural beauty, each hotel is designed to reflect its exotic surroundings. Gite du Lac, for example, houses its guests in charming bamboo bungalows on the lake’s shores or the dunes. Camping Nomade Sénégal is the area’s first eco-tourism hotel. Colorful hand-painted huts cover this community camp ground. Hôtel le Trarza is like its own little jungle village, its facilities scattered among lush tropical gardens.

Did you get the answer right? Share the trivia on Facebook and Twitter to see if your travel savvy compares to your friends’. Want to see the “Pink Lake” for yourself? Work with Jaya Travel to design a trip to Africa, which has no shortage of awesome wonders like Lake Retba. Call today!