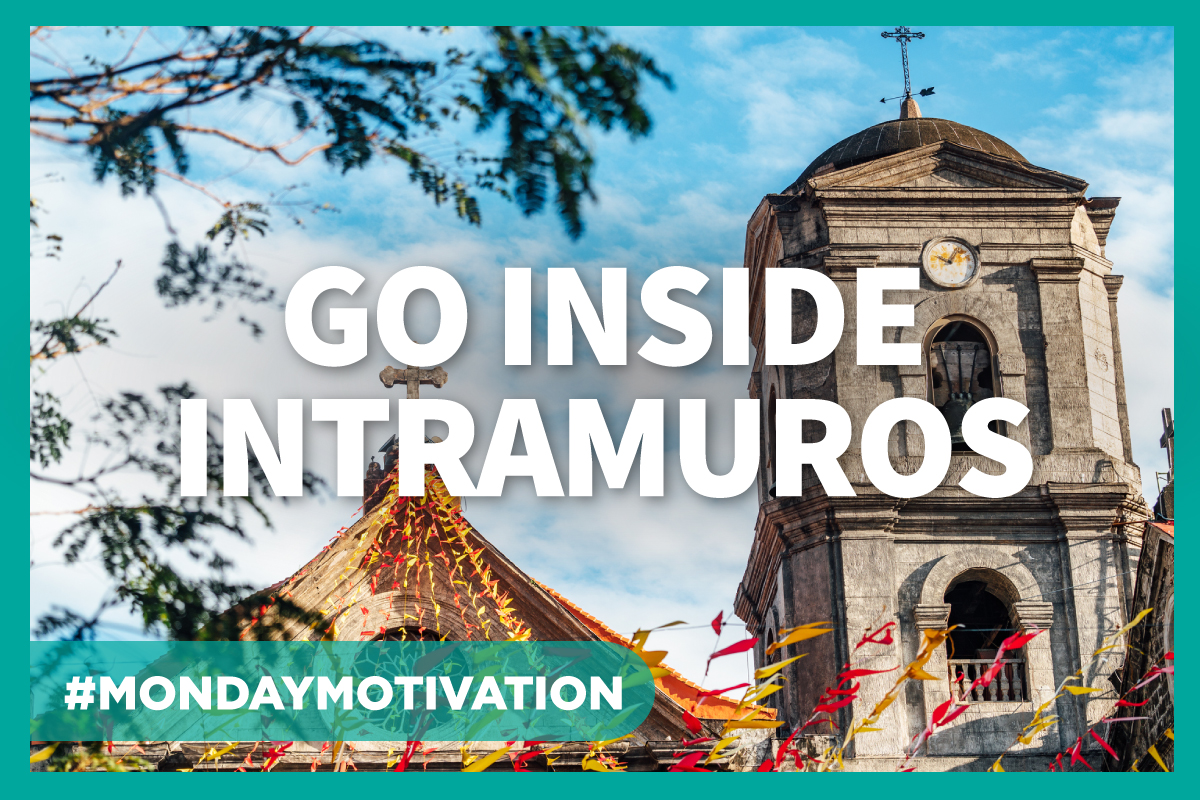 For four hundred years, an area of Manila known as Intramuros was the seat of political, economic, and religious power. From the days of the Spanish colonization, through the Second World War, and into the modern era, Intramuros has endured as a testament to the rich history of the Philippines. That’s why today we’re exploring this fascinating neighborhood for our next installment of Monday Motivation.

Spanish for “inside the walls,” this neighborhood is the oldest portion of the Philippine capital of Manila. As you may have guessed, walls surround this section of the city. From the earliest days of the Spaniards’ arrival, Intramuros served as the center of the region. In the 16th century, Spain captured Manila from the local Muslim rulers. Their foothold on the island nation was not sound, however. Manila was vulnerable to attacks from local tribes and invading Chinese pirates. Thus, the wall was a necessity.

The Spanish brought with them their religion and you can see their influence even today. Within the walls, you’ll find a variety of historical buildings worth seeing. Indeed, the walls and many of the structures they were designed to defend have been rebuilt several times over the centuries.

Things to see in Intramuros

Shortly after the Spanish gained control of Manila, they constructed Fort Santiago, completed in the 1590s. Aside from the defensive wall, they needed an offensive stronghold to defend against Chinese pirates, other European nations, and local tribes.

During the American acquisition of the Philippines in 1898, it served as the U.S. Army headquarters. In 1941, the Japanese seized control of the region and used the fort’s dungeons to house prisoners of war. In fact, some of the most brutal fighting of WWII was done at this fort. During the Battle of Manila, Fort Santiago was destroyed along with the walls of Intramuros. Thankfully, the newly restored Philippine government recognized the historical importance of the fort and Intramuros as a whole. Reconstruction efforts began in the 1950s and were able to restore portions of the fort.

The dungeons of Fort Santiago once housed prisoners of WWII. Indeed, some of the bloodiest battles were fought inside Intramuros.

When you visit, be sure to look for the footsteps of José Rizal, the national hero of the Philippines. The footprints symbolize the walk to his execution for daring to fight for equal rights of Filipinos under Spanish rule. Taking a guided tour will enhance your understanding of Fort Santiago and the nation’s history as a whole.

A lifesize model of José Rizal is housed in his prison cell in Fort Santiago. Notice the gold footsteps which represent his path to execution.

After the brutal Battle of Manila during WWII, San Agustin Church was the only building of Intramuros to survive. Completed in 1607, it is the oldest church in the country. In fact, the stone structure you’ll see when you visit is actually the third and final structure erected on the site. The architecture is patterned after buildings constructed by the Augustinians who helped colonize Mexico – a beautiful example of classic Spanish architecture.

San Agustin Church was the only historical building of Intramuros to survive intact after the devasting Battle of Manila.

Bahay Tsinoy Museum of Chinese in the Philippines

Open Tuesdays – Sundays, 1 – 5PM, this museum documents the influence of Chinese culture in the Philippines. Explore cultural elements such as food, language, and religion. Learn more about how the nation became a melting pot of cultures by examining the many hundreds of artifacts housed here, including prints, photos, and books.

Get a load of the local art and music scene! The walls of this terraced bar are covered with paintings from local artists, and live bands perform here on the regular. The cuisine is a delicious blend of Filipino and American favorites. If you’re up for a cocktail, try a Weng-Weng! A mixture of rum, gin, vodka, tequila, brand, scotch, juice, and grenadine, it’s not for the faint of heart. However, it is one of the Philippines’ signature drinks!

When you’re ready to visit Manila, call Jaya! Get a free quote to Manila today!