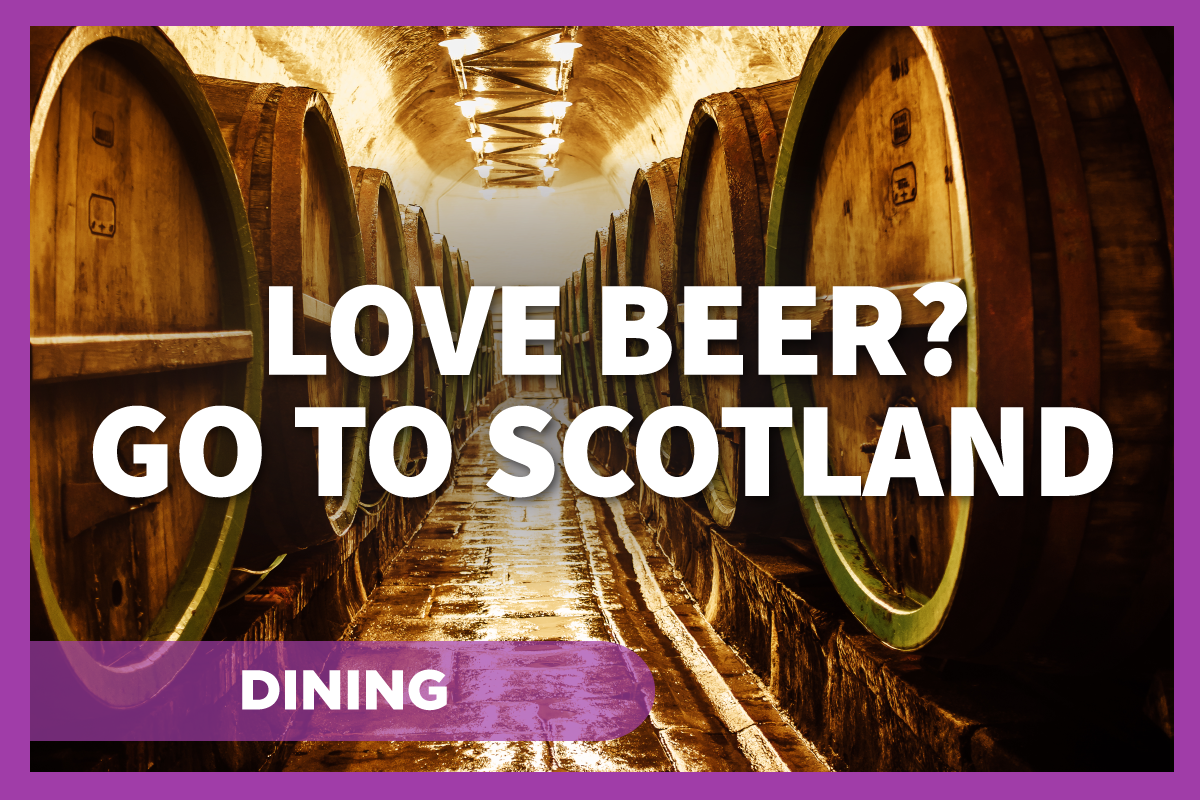 Evidence supporting Britain’s signature beer-drinking culture is linked as far back as A.D. 90. Archaeologists discovered old wooden slabs with military accounts of Roman soldiers purchasing beer. Regardless, Britain’s boom of draft lists containing options beyond ales and lagers is fairly recent. In a little over a decade, beer has transformed into a beverage that attracts the same respect (and competition) as a restaurant’s trademark dish. A significant force behind today’s enhanced beer scene overseas is BrewDog.

BrewDog is a multinational brewery and pub chain that began brewing its unforgettable reputation in Fraserburgh, Scotland in 2007. Unsatisfied with their homeland’s beer scene, founders James Watt, Martin Dickie, and a dog named “Bracken” took it upon themselves to brew their own. Through that first batch, their flagship PUNK IPA was born.

Watt and Dickie initially sold their product at markets and out of their van. Before you prepare to chase down a traveling van in order to obtain a can of PUNK IPA, pump your breaks and head to the original BrewDog brewpub at 17 Gallowgate in Aberdeen, Scotland. This was the first of 46 bars BrewDog would eventually have throughout the world, so you can sip a pint here and relish in the fact that this is where it all began. (Well, it began in a garage, but this location is more accommodating and has a greater inventory).

While the PUNK IPA is BrewDog’s first and best-selling beer, everything on their tap list radiates how passion enhances a beer’s flavor. If you’re torn between names like DEAD PONY CLUB (American pale ale) or the mysterious sounding LOST LAGER (Pilsner), end your dilemma by ordering a flight of four 5oz pours. That way, you can spend the day playing beer cicerone, tasting all the flavors, and chatting to BrewDog staff members.

When hunger settles in and the beer is no longer working as a meal replacement, reach for BrewDog’s food menu and find something to fit your appetite. Not only do they specialize in delicious pizzas, but each description is complete with a “goes great with” beer recommendation. Other menu items include a Superfood Salad and a cheese or meat board.

Experience BrewDog to its fullest by heading about 17 miles north to BrewDog Brewery headquarters in Ellon, Scotland. It is one of the most technologically advanced eco-breweries in the world and has its own onsite bar, The DogTap. Brewery tours are also available to book via Brewdog.com.

Whether Scotland is on your destination wish list or you want to design a beer tour around Britain, start by calling Jaya Travel & Tours. Your agent can get you low fares and has the expertise to further your experience in Scotland. Call today!