Best Places to Celebrate Christmas Around the World 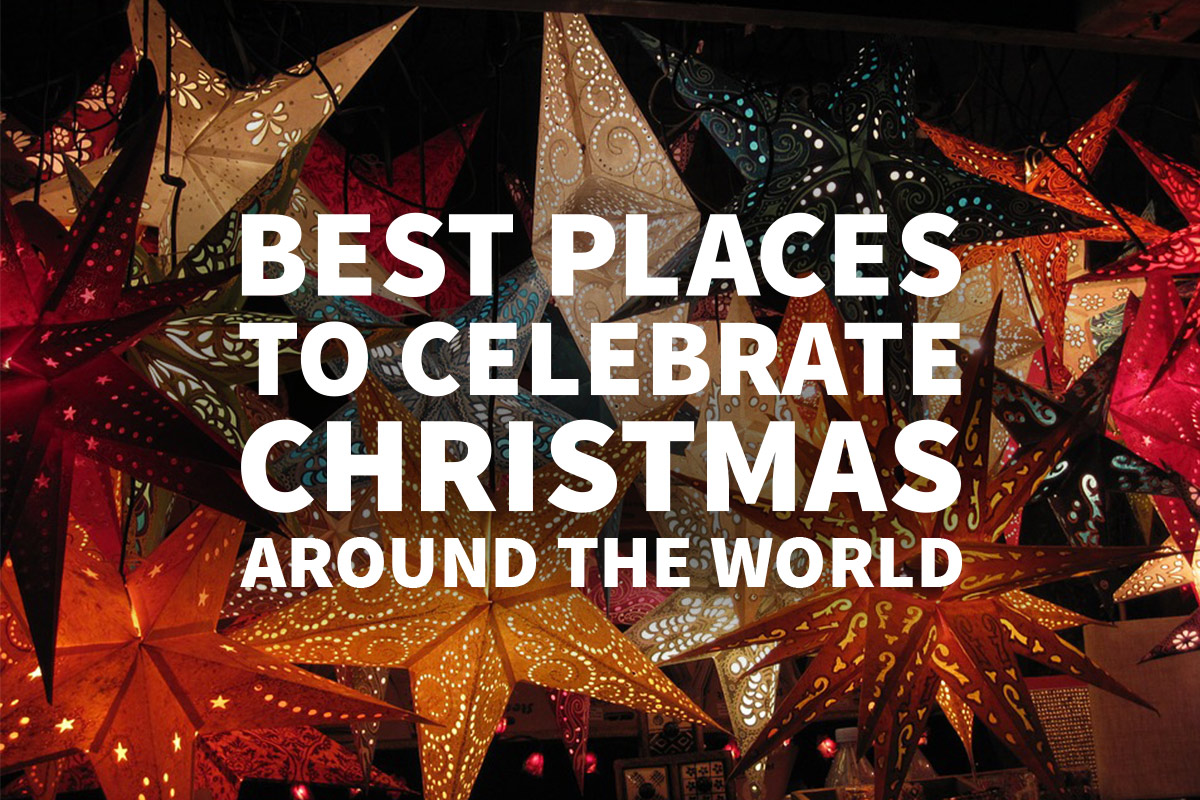 With Christmas in full swing, there are plenty of ways to soak up that holiday cheer – even if you happen to be abroad this year.

Traveling around the holidays has its advantages. It’s easy to sneak in a trip after all – you’re already getting a paid day off, why not make the most of it and go somewhere exotic? Plus, you can dodge all the personal questions your family is sure to fling at you around the dinner table. (Unless you actually don’t mind your family, in which case the prospect of being away may dampen your spirit.)

Fear not! If Christmas 2016 finds you away from friends and loved ones, we’ve got just the thing to warm your spirits. Don’t miss these charming festivities:

Christmas in Belfast, Northern Ireland is a Blending of Traditions

The Belfast Christmas market is in full swing all season long from mid-November to three days before Christmas. This market, unlike other markets in Europe, is a blend of Continental traditions – like Germany, Spain, France, Italy – and Irish traditions.

Where is it: Center of City Hall grounds

What’s there to do?

Where is it: The Cologne Christmas Market is not one, not two, but SEVEN individual markets spread over the city.

Market Hours: Each market has different hours so be sure to double check the time as you explore the city. Check out the different market hours on Cologne’s official site.

What’s there to do?

Legend has it the Heinzelmännchen or “gnomes” are responsible for the Christmas splendor at the markets.

Nothing brightens the cold winter nights of Quebec like the Festi Lumière. This outdoor light show owes its splendor to the 500,000 LED bulbs used to illuminate the festivities.

Where is it: Quebec City, Quebec, Canada. Tickets may be purchased through the Quebec Aquarium.

What’s there to do:

Parades are Everywhere in Mexico City

Germany may have the monopoly on Christmas markets, but Mexico has a lovely tradition all its own: Los Posadas. This tradition involves elaborate processions reenacting the Biblical story of Mary and Joseph trying to find a place to stay so baby Jesus can be born, since there was no room at the inn of Bethlehem.

Where is it: All across the country, but public processions can be found in major cities

What’s there to do: Join in on the fun through songs. If you don’t know the words, simply enjoy the colorful display and music.

Try Your Hand at Caroling in Cape Town, South Africa

Christmas in South Africa happens to fall during their summer, but the lack of snow doesn’t stop South Africans from having a good time. Caroling is popular here, especially during the Festival of Lights. Top South African performers go on stage and groups of carolers roam the streets by candlelight.

When is it: Carols by Candlelight at Somerset West is Wednesday December 14th, 2016

What’s there to do: